Many Seventh Day Adventists employ religious exemptions from vaccination for themselves and their children based on 1 Corinthians 6:17-20 which affirms that our bodies are God’s property and temples of the Holy Spirit which are not to be defiled under threat of Gods’ judgment. Manipulated, and exaggerated media coverage about a measles outbreak in southern California, has widely blamed an unvaccinated child for starting it without affording any evidence. In response as of mid-March 2015, there have mushroomed 110 bills across 36 states in the U.S. which are seeking to eliminate or unduly restrict vaccine exemptions, including religious exemptions. This is a well-orchestrated political maneuver to turn back the tide as millions of Americans are becoming alarmed and resistant to the medical establishment over the lack of efficacy and severe dangers that vaccination poses.

This “Official Statement” of the Seventh Day Adventist Church endorsing vaccination has far more to do with getting on a popularized political bandwagon, than with sound health science, and the genuine interests of its membership. Indeed, it represents an insult to and betrayal of the unnumbered thousands of well-informed members who intelligently reject the big-pharma vaccine promotion agenda. This sizable community of Adventists see vaccination as a violation of good science, and that it is in direct opposition to New Testament teachings, and to the true health message as given under divine inspiration. 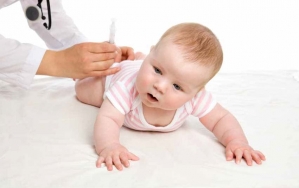 It must be asked: Is the drug/vaccine industry really altruistic and trustworthy? Is it under the guidance of the Holy Spirit, or of an unholy spirit? In the past 5 years alone, major pharmaceutical companies have paid criminal and civil fraud penalties to the U.S. Government totaling $19.2 billion. Despite their enormity, these multi-billion dollar penalizations pale when contrasted with the $1.5 trillion in global pharmaceutical income generated in the same time period. The vaccine market alone will skyrocket from 30 billion annually to a projected $100 billion or more within 10 years. A lucrative public- private business partnership has been forged between the U.S. government and the drug industry using tax-payer dollars to develop literally hundreds of new vaccines now in the pipeline. 1

Because in the immunization procedure foreign pathogenic proteins and toxic adjuvants

[aluminum, mercury, toxoids, Mycobacterium bovis, etc.] are placed directly into the body tissues and circulatory system, without censoring by the liver, this gives them accessibility to the body’s vital organs and systems as well as the brain.“Studies have linked neurodegeneration and a worsening of neurodegenerative diseases to systemic immune activation.” Science now understands the links between systemic immune activation with vaccines, brain microglial activation, and major depressive disorder and a worsening of neurodegenerative diseases. “A number of studies have shown that live viruses used in vaccines can enter the brain and reside there for a lifetime… These viruses can trigger brain inflammation and degeneration – that is, there exist a chronic degeneration of the brain over years or decades. Because the resulting condition is so far separated from the time of administration of the original vaccine, physicians attribute the degeneration to old age or heredity.” 2

The U.S. government employing a passive surveillance system has already paid out to claimants approximately three 3 billion dollars in vaccination damage claims (drug cartel companies are now legally exempt, so taxpayers foot the bill) and it is estimated that such claims at best fall in the range of only 1% to 10% of the physical damage and deaths which have actually been occurring. “Significant adverse effects have been reported with every type of vaccine. These reactions may occur soon after vaccination or several months to years later. Delayed reactions are more insidious and less obviously linked to vaccination…” 3 In fact it is the case that “Precise data on the risk and incidence of adverse reactions are relatively difficult to obtain.” Although the occurrence of “late”or long-term vaccine adverse events in some vaccines is incontestable, “a major limitation of all the current approaches to monitoring… is the insensitivity or outright inability to detect events caused or initiated by vaccination which manifest more than 3-4 weeks after vaccination.” 4

Is vaccination itself actually scientific sound and proven? Extensive epidemiological data shows that concurrent with progressively improved nutrition and sanitation, massive declines in life-threatening infectious diseases occurred historically either without, or far in advance of mass artificial immunization efforts for a wide range of specific diseases. These include inter alia: measles; diphtheria; pertussis (whooping cough); tuberculosis; influenza; and scarlet fever. This represents irrefutable evidence that vaccines are not at all necessary for the effective and sustained elimination of a very wide range of human infectious diseases. 5

The Pasteur Institute has found that “98% of the immune responses triggered at the early stages of infection are nonspecific. These non-specific responses had been observed following different infections by viruses, bacteria, parasites and fungi.” 6 This means that the body’s natural immune system affords 98% of the early response to any invasive infectious disease agent, while the adaptive or memory-based protective response that vaccination seeks to stimulate represents only 2% of early response. And to make it worse, a faulty theory underlies the skimpy 2% of “learned response”. Proof? University of Chicago biomedical researchers have found that Memory T cells are “distressingly slow learners”, requiring “several generations” of intensive stimulation to make a lasting impression on T cells “No vaccine trial to date has been able to produce significant numbers of memory T lymphocytes…” 7 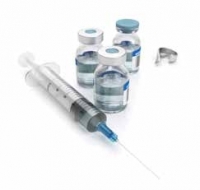 And since children in the U.S.A. are the most heavily vaccinated in the world, how has this impacted their health status? Dr. Gary Kohl writing for Global Research affords us with a good summarization:

Today the CDC mandates 36 vaccines by the age of 18 months, 68 vaccines until age 12 and the rate of autism, chronic illnesses and other neurodegenerative diseases has predictably soared from 1 out of every 10,000 to 1 out of every 88 American children.

Fully vaccinated American children are already among the most chronically ill group of children in the world… [While] congruent with the autism epidemic, nearly 50% of Americas over-vaccinated children have vaccineinduced chronic illnesses such as diabetes (both type I and type II), autistic spectrum disorders, ADHD, conduct disorders, brain damage, food allergies, asthma, arthritis, immune deficiency disorders, mitochondrial disorders, inflammatory bowel disorders and cancer and are doomed to be permanent disabled patients, having to see doctors regularly and take prescription drugs for the rest of their lives. 8

“Woe unto them who call evil good, and good evil; that put darkness for light, and light for darkness…” Isaiah 5:20

About the Author Dr. Raymond Obomsawin holds a MSc. and a PhD with concentrations in health science and human ecology. He has advised senior decision-makers in the public sector on various health, education, agriculture, nutrition, agro-forestry, and environmental projects. He has produced over 85 research papers and professional publications.

This article appeared in the Spring 2015 issue of Faith on the Line.