Is Allah the same god as Jehovah?

Home/AD Blog/Is Allah the same god as Jehovah?
Previous Next

Is Allah the same god as Jehovah?

The God of Christianity and the Allah of Islam share some titles and characteristics in common, and many people believe that God and Allah are one and the same. Reasoning that God and Allah are the same, some have suggested that Christians should call Jehovah God by the name “Allah” to ease Christian/Muslim tensions. But are they one person? Is the God of the Bible the Allah of the Qu’ran?

Consider what Muslims say about the name Allah. “Allah is the personal name of the One true God,” says the Institute of Islamic Information and Education.1 Christians also believe the same thing about their God. In the Bible, Moses says, “The LORD our God is one LORD” (Deuteronomy 6:4). Recording God’s own words, Isaiah writes, “Thus saith the LORD…I am the LORD, and there is none else, there is no God beside me…” (Isaiah 45:1,5). Either these verses refer to the same deity or else these verses identify one exclusive divinity. Which is it?

Muslims believe that Allah is the creator, that he is eternal, the first and the last, and that he is merciful and compassionate. Christians believe the same things about the God of the Bible.

From these examples, we might conclude that God and Allah indeed could be the same deity. But there is more.

The God of the Bible has a Son. The Old Testament refers numerous times to God’s Son, both literally and figuratively. Psalm 2:7 prophecies this: “I will declare the decree: the LORD hath said unto me, Thou art my Son; this day have I begotten thee.”

Proverbs 30:4 says, “who hath established all the ends of the earth? what is his name, and what is his son’s name, if thou canst tell?” Many other Old Testament Scriptures confirm that God has a Son. And of course, the New Testament is all about God’s Son, Jesus. 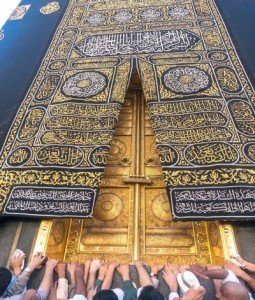 God also revealed His Son figuratively through the lives of His people as recorded in the Old Testament. For instance, Abraham and Isaac enacted the Son’s sacrifice when Abraham laid Isaac on the altar. Jesus declared that this incident was a revelation of Himself, the Son of God, when He told the Jews, “Your father Abraham rejoiced to see my day: and he saw it, and was glad” (John 8:56).

The Bible makes it clear that salvation comes through God’s Son, Jesus Christ. Jesus prayed,“And this is life eternal, that they might know thee the only true God, and Jesus Christ, whom thou hast sent” (John 17:3).

However, the Qu’ran says, “God forbid that He Himself should beget a son!…Those who say: ‘The Lord of Mercy has begotten a son,’ preach a monstrous falsehood.” 2

Allah cannot be the Christian’s God, because the God of the Bible definitely has a Son.

The Bible is inflexible on this point: “Whosoever denieth the Son, the same hath not the Father” (1 John 2:23). To call God “Allah,” then, would be to deny the Son and the Father, too.

Jesus plainly says, “No man cometh unto the Father, but by me” (John 14:6). It is by the death of God’s Son that we are saved. There would be no salvation without Him.

Paul declares, “And without controversy great is the mystery of godliness: God was manifest in the flesh” (1 Timothy 3:16). The whole plan of salvation hinges on this very point: God came in the person of His Son Jesus Christ to redeem humanity for Himself. Allah did no such thing. For Christians to call God Allah negates the very plan of salvation. 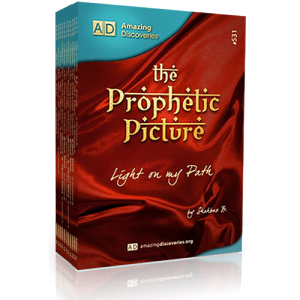 A comparison of the Qu’ran and the Bible gives irrefutable evidence that the God of the Bible and Allah are two very different entities. God declared in Isaiah 42:8, “I am the LORD: that is my name: and my glory will I not give to another…”

God commanded reverence for His holy name. The third commandment which protects the holiness of God’s name comes with a warning: “Thou shalt not take the name of the LORD thy God in vain; for the LORD will not hold him guiltless that taketh his name in vain” (Exodus 20:7). To think that we can call the God of the Bible“Allah” would not only be a mistake, it would be blasphemous because the names “God” and “Allah” refer to two different entities.