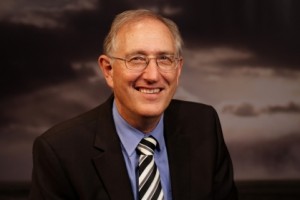 We are living in very serious times and God is calling for people who will be as true to principle as the needle to the pole. We at AD believe that we are soon to experience the culmination of all that has been prophesied. The great controversy is drawing to a close. And soon everyone will have made a decision either for or against the principles of heaven. As Seventh-day Adventists, we have been called to give a special message of warning to the world which is not just a warning but a merciful invitation. We as a church have faced many challenges and Amazing Discoveries is just a tiny cog in the great Advent wheel. We believe, however, that we have a specific calling to present the three angels’ messages in an unequivocal way exposing at the same time the numerous deceptions which are plaguing the world. We believe that this constitutes the loud cry message of Revelation 18 where there is not just a call out of Babylon but a reason given for why people should separate from a religious unity that negates the precepts of Christ in favor of the precepts of men. It is not a popular message but we are convinced that it is a saving message because over the years we have had the privilege, indeed the humbling privilege, of seeing the fruits of this message.

This is not an Amazing Discoveries message. This is a Seventh-day Adventist message. This is the very reason for our existence. It is our prayer that the entire worldwide church will unite on these principles and rise to the challenge so that the latter rain can be poured out and people from the entire religious world take their stand. We at AD have committed to focus on this message even more firmly than heretofore, and to do all in our power to reach the world by every possible means – radio, television, internet, publications – and to do it in such a way that it is available to all.

We want to thank you for supporting this special proclamation by your prayers and by your means during the past years. Time is running out, great events are before us. In 2017, the evangelical world is geared to bury the hatchet on the principles of the Reformation. We believe that this will be a pivotal decision.  The protestant world is following in the footsteps of ancient Israel who also claimed they have no King but Caesar. The world is in a position as it has never been in before and the next years, we believe, will see the fulfillment of the final events foretold. Soon our work will be ended, the last message of warning given.

Will you stay with us as we enter the final stretch?

May the Lord be with all those who desire to see the work finished and our Lord return in glory. May He give us strength and courage, and above all, may He give us faithfulness now and in the coming year.

When the religion of Christ is most held in contempt, when His law is most despised, then should our zeal be the warmest and our courage and firmness the most unflinching. To stand in defense of truth and righteousness when the majority forsake us, to fight the battles of the Lord when champions are few—this will be our test. At this time we must gather warmth from the coldness of others, courage from their cowardice, and loyalty from their treason.—5T:136