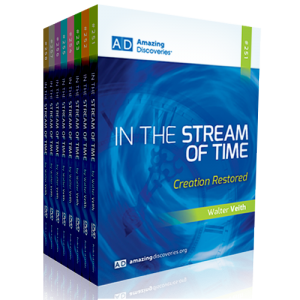 Walter Veith’s latest series In the Stream of Time is now available on DVD. This is a short evangelistic-style series consisting of parts of other series combined into a new order. It consists of the following lectures:

This condensed series can be used for evangelistic purposes when a shorter series is required. Take advantage of this opportunity and get the series on DVD today.